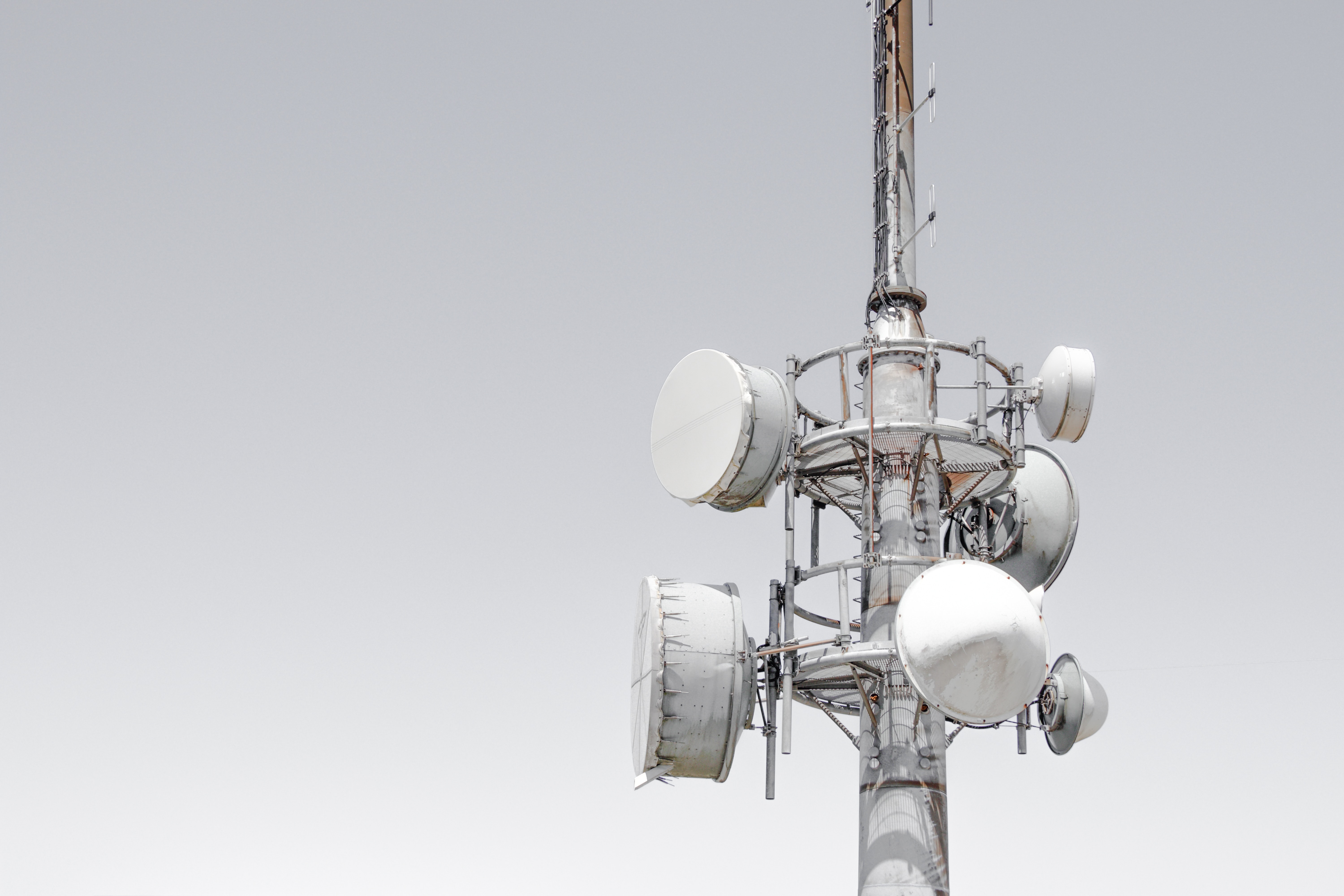 Once upon a time, the telephone was one of the most heralded forms of communication, a miracle of modern technology.  Fast forward to 2019’s waning days, and it is now a mere cog in the vast and sophisticated machine that is the modern smartphone.  There’s a reason most people no longer use flip phones—the average person requires far more functions from their mobile device than a flip phone can accomplish.  In some cases, parents will even buy their children smartphones that are equipped with everything but cellular service.  So how did we get to the point where the original purpose of this technology is now one of the first features that gets thrown out?

Everyone is familiar with the internet—it’s a collection of billions of devices communicating on their own networks as well as thousands of interconnected networks.  The cell phone was not the first device to connect to the internet, and it certainly won’t be the last.

As of 2019, the internet is comprised of about 26.7 billion devices.  By 2025, that number is expected to grow to over 75 billion devices worldwide.  However, there are fewer than seven billion mobile phone users worldwide—after all, the current estimated human population is just under eight billion.  Seven billion users amounts to a lot of cell phones, sure, but what accounts from the rest of the devices?  The answer is quite simple—anything that can fit a microprocessor that transmits and communicates sensor data counts as an internet-enabled device.  These devices no longer fall into the clearly-defined buckets of smartphones, tablets, and computers.  Anything that fits a sensor and transmits data will run on a network, which is how the internet has proliferated into the Internet of Things.

The Internet of Things, or IoT, expands the network of internet-enabled machines to include interrelated devices that require no human interaction in order to communicate.  The essence of global interconnectivity lies in the simplicity of each gadget in the always growing IoT web.  To give an example, let’s say you’re driving home from work. Your car will communicate with your garage door opener to let it know that you have arrived.  Your home security system will already be activated but will not sound because it’s aware of the same.  Once you set foot inside the house, your smartphone will notify the air conditioning system that you’re inside and the air conditioning will be activated at a desirable temperature that you’d already set in anticipation of this moment.

This scenario may seem over the top, but it illustrates the efficiency that IoT allows us to achieve.  This same efficiency can be replicated in business processes on a much larger scale. The ability to collect sensor data and effectively use those analytics allows us to optimize day-to-day activities.  Though these advances have the potential to improve the lives of average citizens, we observe some of the greatest impact being made in the manufacturing industry.  The idea is to implement data-driven strategies throughout the product lifecycle, beginning with manufacturing, to create a competitive advantage through predictive analysis and other advanced data science practices.  IoT transforms the traditional supply chain process, observed in places like production lines, into a dynamic structure that uses sensor data to implement predictive maintenance.  Predictive maintenance tackles manufacturing issues within machines by measuring temperature, vibrations, and frequencies using sensor readings to predict whether machine down-time will occur in a process called condition monitoring.  Using these predictions, manufacturers can more accurately anticipate their needs for maintenance crews and spare parts and schedule the downtime required for maintenance so that it makes the lowest impact on productivity.

As we begin to define the obvious direction for the future of manufacturing, one may ask, “why hasn’t this already been implemented everywhere?”

The truth is that it’s difficult for so much data to be transmitted and received so quickly.  Think about it – a single machine can have anywhere from 15-20 sensors.  Each of those sensors needs to continuously communicate its status and the metrics it collects to IoT server application in the factory’s mainframe. Dozens of machines in a factory amounts to terabytes of data being transmitted every hour. This is where 5G technology comes into play.  As we mentioned in our last article, 5G is a much faster form of wireless communication than what we could previously achieve.  The technology is still in its foundational stages, but the growth of Industrial IoT (IIoT) is directly correlated with the development of 5G technology.

5G technology is instrumental to IIoT because it is the only way IoT devices can transmit data fast enough to produce actionable results. Today’s 4G technology is limited by its latency, so complex IoT networks using 4G are unable to communicate fast enough to make use of predictive analysis and condition monitoring.  As 5G technology develops and becomes more readily available, enterprises will start installing IoT devices with data sensors capable of transmitting data at 5G speeds.  The IoT application will only be able to perform and use analytics to its fullest extent once it can receive enough data at an acceptable rate.

At the end of the day, IoT boils down to the transfer of information from sensors to the cloud, so its development and widespread use proves vital to more than just the industrial sector. Many economic subdivisions will benefit from engaging IoT as a business tool.  The utility industry is another for which analytics prove useful in optimizing efficiency and cutting costs, which will only be furthered as 5G takes hold.  One example of technological advancement is the omnipresence of residential and commercial smart meters, the data from which is already being used by many utilities to perform critical analysis.  The meters use an Advanced Metering Infrastructure (AMI) architecture that delivers two-way correspondence between the meters and its associated utility system, allowing them to gauge electric and water usage, waste, and more. The communication of sensor data is more complex in utilities than with manufacturing because the IoT devices, smart meters, in this case, must broadcast between themselves as well as with the head-end system.  However, the benefits of IoT implementation outweigh the complexity of the AMI architecture, and so almost every municipal and state level utility company has already begun to implement utilities analytics.

IoT is a relatively recent technology, but it is still pivotal to the advancement of quality business analytics. Similarly, the fledgling Industrial IoT is already contributing to great improvements in manufacturing and factory output while generating efficiency and reducing production costs. The utilities industry, too, has implemented IoT solutions, with many jurisdictions adopting smart metering to evolve to the performance and productivity of smart cities.  For both groups, utilities and manufacturers, 5G technology is instrumental when performing predictive analysis with IoT-enabled devices because it stands alone in providing cloud servers with the speeds necessary to transmit sensor data at an actionable rate.  When paired, 5G and the Internet of Things are potent ingredients in the recipe for an increasingly dynamic, productive economy.

Talal Qurashi is a Business Intelligence Analyst at HEXstream. He received his Bachelor of Commerce in Business Technology Management at Ryerson University in 2019 with a minor in communications. Talal has five years of experience in the telecommunications industry and is an avid fan of consumer technology. Outside of work, Talal is a writer of poetry and fiction.

Amir Khalid is a Project Manager with HEXstream. He graduated from State University of New York at Buffalo in June of 1993 with degrees in Electrical and Computer Engineering.  He has 25 years of work experience in the Telecommunications field.  In his spare time, Amir loves reading.  He is also learning Indian Classical Music, enjoys watching sports on TV and playing racquetball.

Tags: Tech Talk
Back to Blog

When my kids were younger, the sheer volume of Legos scattered hazardously around the house...
Read More

About the telephone, President Rutherford B. Hayes once remarked “Great invention, but who would...
Read More

Info Fields: Improving Data Visualization for Utility Analytics and Beyond

In most, if not all, out-of-the-box databases, the data are typically designed for application...
Read More