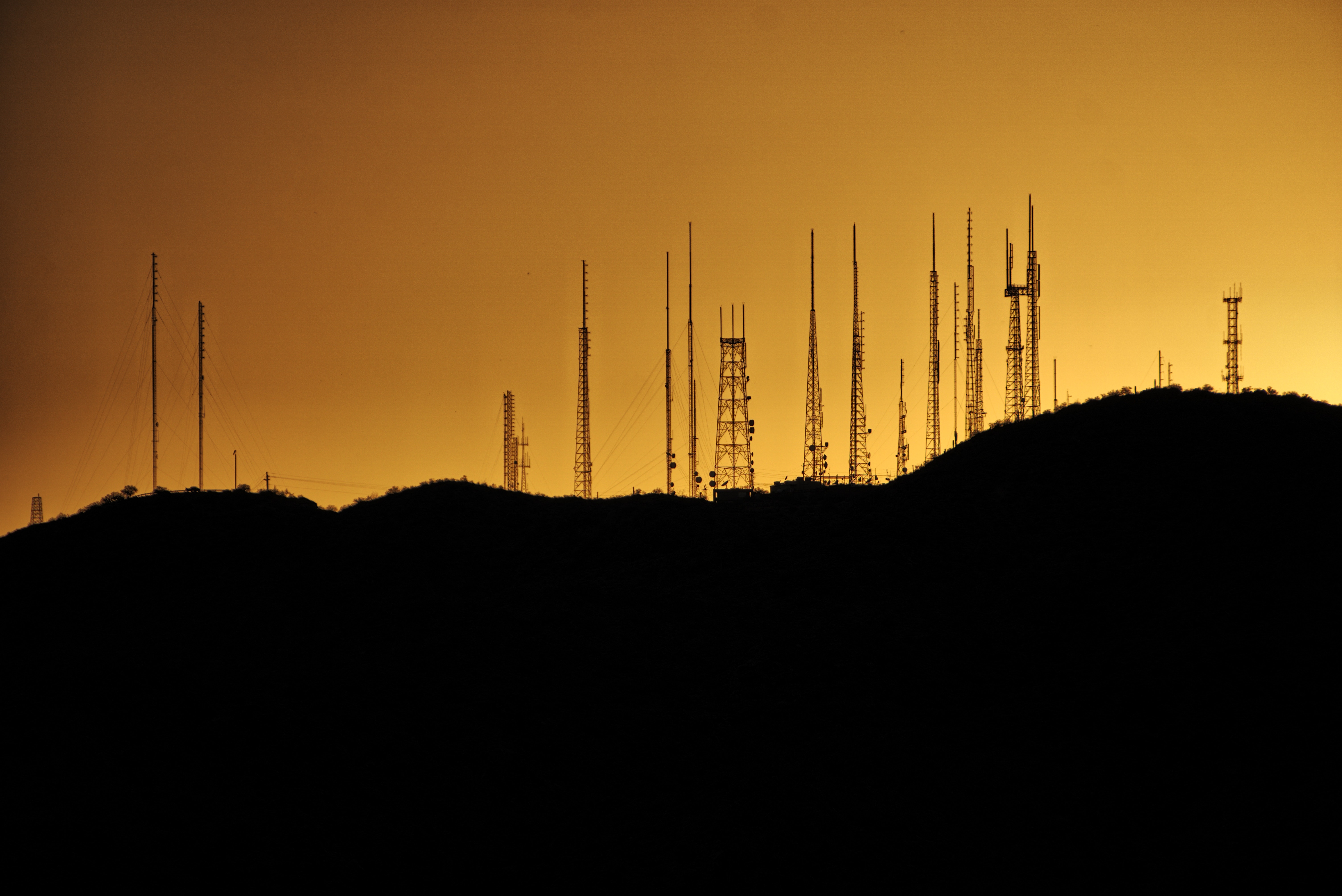 About the telephone, President Rutherford B. Hayes once remarked “Great invention, but who would ever want to use one?”  With that kind of foresight, it’s no surprise he wasn’t elected to a second term. (To keep the history straight and to be fair to President Hayes, he didn’t run for a second term. But you kind of get my point.)

In September of 1993, I joined a French Telecom company, Alcatel, for my first job out of college.  My first project was regression testing of basic call processing features like Call Forwarding and Call Waiting for Land Line service.  No wait—that was my second project.  The first was learning French.  All the documentation was in French—we were testing for “France Telecom” at the time.

This freshly-minted college graduate was in awe of what this gadget called a telephone could do.  I knew so little as a user.  In the coming decades, a phone would evolve to do a lot more than what was originally envisioned for it.  Comedian Gary Gulman put it this way: “Calling an iPhone a phone is like calling a Lexus a cupholder.”

In my years in the Telecom industry, I have seen the step-by-step progress of telephony.  In this article, I will take you through the evolution from POTS (Plain Old Telephone Service) to 5G. 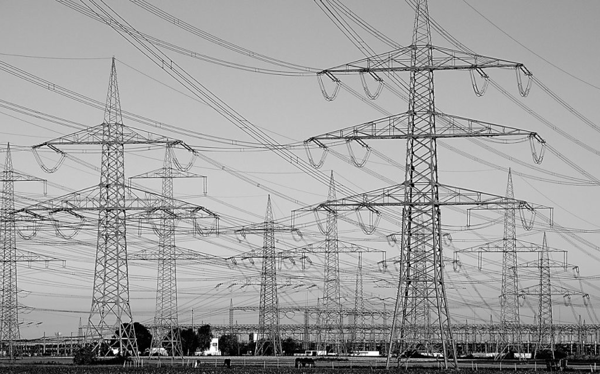 I joined Lucent Technologies in August of 1996.  AT&T had just gone through a split and spun its manufacturing wing into Lucent Technologies.  My first project was testing an Intelligent Network (IN) in a Public Switched Telephone Network (PSTN).  PSTN consists of a local office, a tandem office, a toll office, and an international gateway.  The phone number that you dial is a unique identifier of the destination your call needs to reach.  When you speak, the telephone set converts sound waves into electrical signals which are transported to the central office.  Your call is then routed to a tandem office for long distance calls.  Remember how we used to dial +1 before a ten-digit phone number for out of state calls? +1 indicated a long-distance call, which routed straight to the tandem office.  Calls were then routed to a local office if the call destination was within the same area code as caller.  From the local office, the call finally reached its destination phone.

I worked on the PBX (Private Branch Exchange), Local Number Portability (LNP allows one to retain their phone number when they change service providers), and Signaling Control Point (SCP).  When I was working on SCP, I tested toll-free calls in an Intelligent Network before moving to  the work on Signaling System Number 7 (SS7).

Introduced in 1980s, 1G was the first wireless cellular service offered to consumers. In the United States, it used analog signaling with AMPS technology, an 800-900MHz frequency range, and was limited to voice calls only.  Battery life was short, and the phone size was quite large.  Service was spotty as there were fewer cell towers.  You might notice that these were not called mobile phones yet as there was no roaming allowed.

2G Technology worked with GSM or CDMA. CDMA, or Code Division Multiple Access, is a lower frequency range of 800MHz that allows code-based multiplexing and was the dominant technology in the US.  2G used digital signaling.  With 2G came SMS.  Battery life improved and its size reduced, so the phones got smaller.  Voice quality also improved, compared to 1G analog. Roaming also became possible. Data speed was low (14.4 kbps) but access to the internet was still possible. Some new features were introduced to increase the data speed.  Nokia was a major provider of cell phones at the time.

3G arrived in 1998 and upgrades from 2G / 2.5G to 3G were ready to happen. With 3G, data speed increased to up to 21Mbps from 14.4Kbps.  Audio and Video streaming became possible.  Because of higher speed, internet browsing became less painful.  3G was using UMTS technology.  UMTS employed Wideband Code Division Multiple Access (W-CDMA) radio access technology to offer greater spectral efficiency and bandwidth to mobile network operators.  HSDPA (High Speed Downlink Packet Access) protocol allowed for higher download speed.  HSUPA offered up to 5.7Mbps of uplink speed.  Wireless was happening in a big way.  Smartphones, although available (anyone remember the Blackberry?), were not yet widely used.  Flip phones were the trend right up until smartphones caught on.  Ease of access to the internet gave rise to new business opportunities.  Online shopping, banking, and billing became common.  Amazon and eBay joined the league of big businesses.

Now we are cooking with gas!

Talk about Speed.  100Mbps to 1G!  Five to ten times faster than 3G.  Wider coverage, affordable, and larger bandwidth.  The 4G Network consisted of MME, PGW, SGW, Backhaul, and eNB.  Higher data speed and larger bandwidth, along with features like Carrier Aggregation, made near real-time video streaming possible.  VoLTE (Voiceover LTE) made voice calls crystal clear.  MML (Machine to Machine Language)-type features like CAT-M were introduced with 4G.  Now your refrigerator could keep track of which groceries you would need next, and when, and could tell you when it was out of milk.  The thermostat in your house could be regulated from your phone and garage doors could be opened from your phone while you were hundreds of miles away from your house.  This is all possible via Internet-of-Things (IoT).  With faster and larger data pipes, machineries could now talk to each other and master servers via IoT.  With faster response times, the internet became an integral part of our lives.

Any business not online would now find it hard to survive.  New ideas are getting turned into new businesses; Uber, Lyft, and Amazon supply chain modifications are just a few examples.  Companies like FedEx and UPS started using analytics for their driver data and began to improve their drive routes and delivery system.

With billions of online transactions each day, more and more data is being generated and means are now needed to store and make sense of this data.  With the universal trend of digital transformation, businesses started analyzing this data to provide more personalized services to their customers. Companies like Amazon and Netflix now analyze shopping behavior for targeted marketing.  4G generates brand new business opportunities.  From self-driven cars to drones for immediate delivery of goods, surely we have reached the pinnacle of telecom technology.

While 4G with the data transfer speed of 100Mbs opened up new possibilities, imagine what new opportunities will open up if we increase this speed 100 fold.  This is what 5G brings to the table. Let’s take a look at 5G and how it will catapult companies into a true digital age, with focus on the manufacturing industry.

From the AMPS/1G phones that were analog voice only, cellular technology has come a long way.

The speed with which the data can be transferred with 5G, along with the new ways to store, process, and analyze that data, opens doors to various new applications.

5G is deployed in 3 band spectrums: low-band, mid-band, and high-band.

Most deployments will happen in the high-band spectrum, as Verizon and AT&T have opted for this option.  T-Mobile has gone with the low-band spectrum, while Sprint has their network built around the mid-bands.  With the talk of a potential merger between Sprint and T-Mobile, both low- and mid-bands will fall in the domain of one customer.

Impact on Industry: Industry is ready to embrace the benefits 5G has to offer. Many names are being given to the changes expected to happen with 5G technology, including “New Industrial Revolution” and “Industry 4.0” and such.  5G’s speed and minimal latency will be a game changer, as devices and sensors will gather data from their environment and analyze it for quick, decentralized decision making.

Utility companies will benefit by digitalizing the grids and making them ‘smarter.’  Smart Grids will be more efficient, more secure, and will make power generation and distribution less costly, thus benefiting the end consumer.

Uber has announced that it will launch driverless cars and “Flying Taxis” in next few years.  Amazon is ready to start deliveries using drones.  Drones are being used to shoot movies scenes, provide real estate pictures, and other survey other assets’ health.  The concept for Smart Cities is already in the works.

Manufacturing Industry: Preventive maintenance with sensors for health monitoring will be possible as these devices convey the precise data to the responsible parties with better connectivity indoors.  Two different manufacturing wings could be connected and allowed to make decisions on the bases of data being shared.  Near real-time speed facilitates monitoring of equipment and operations.  The key here, again, is the speed that allows real-time analytics.

5G is the culmination of over 30 years of technological advancement to the telecommunications industry, providing unprecedented data processing speed to organizations and individual users alike.  It is already opening doors to new technologies that require the speed that only 5G can provide, including real-time streaming analytics from IoT devices like smart appliances, smart cars, sensors, and other equipment.  For consumers, 5G promises increased ease of use, reliability, and download speed, which I expect will improve relationships between service providers, customers, and the third-party mobile app developers that sit in between them.

In a future article, I will dive deeper into the ways that 5G enables IoT and, more broadly, digital transformation.  A Chinese proverb says “May you live in interesting times” – I think the wish is about to be granted.

Amir Khalid is a Project Manager with HEXstream. He graduated from State University of New York at Buffalo in June of 1993 with degrees in Electrical and Computer Engineering.  He has 25 years of work experience in the Telecommunications field.  In his spare time, Amir loves reading.  He is also learning Indian Classical Music, enjoys watching sports on TV and playing racquetball.

Tags: 5G
Back to Blog

Once upon a time, the telephone was one of the most heralded forms of communication, a miracle of...
Read More

In the weeks, months, and years following “successful” implementations, the residual costs of...
Read More

2016 can definitively be classified as the year of the Cloud. The momentum continues to grow and...
Read More